Click here to view the full calendar of Torah Portions for this year.

In our desire to provide you with the teaching of Messiah Yeshua in a Jewish context, we provide in-depth teachings of the weekly Torah portions throughout the year. Below are various perspectives from various teachers and staff members from Netivyah Bible Instruction ministry.

Like all of the Lord’s appointed seasons and the holidays mentioned in the Torah, Yeshua and all of his disciples celebrated them with the rest of Israel. 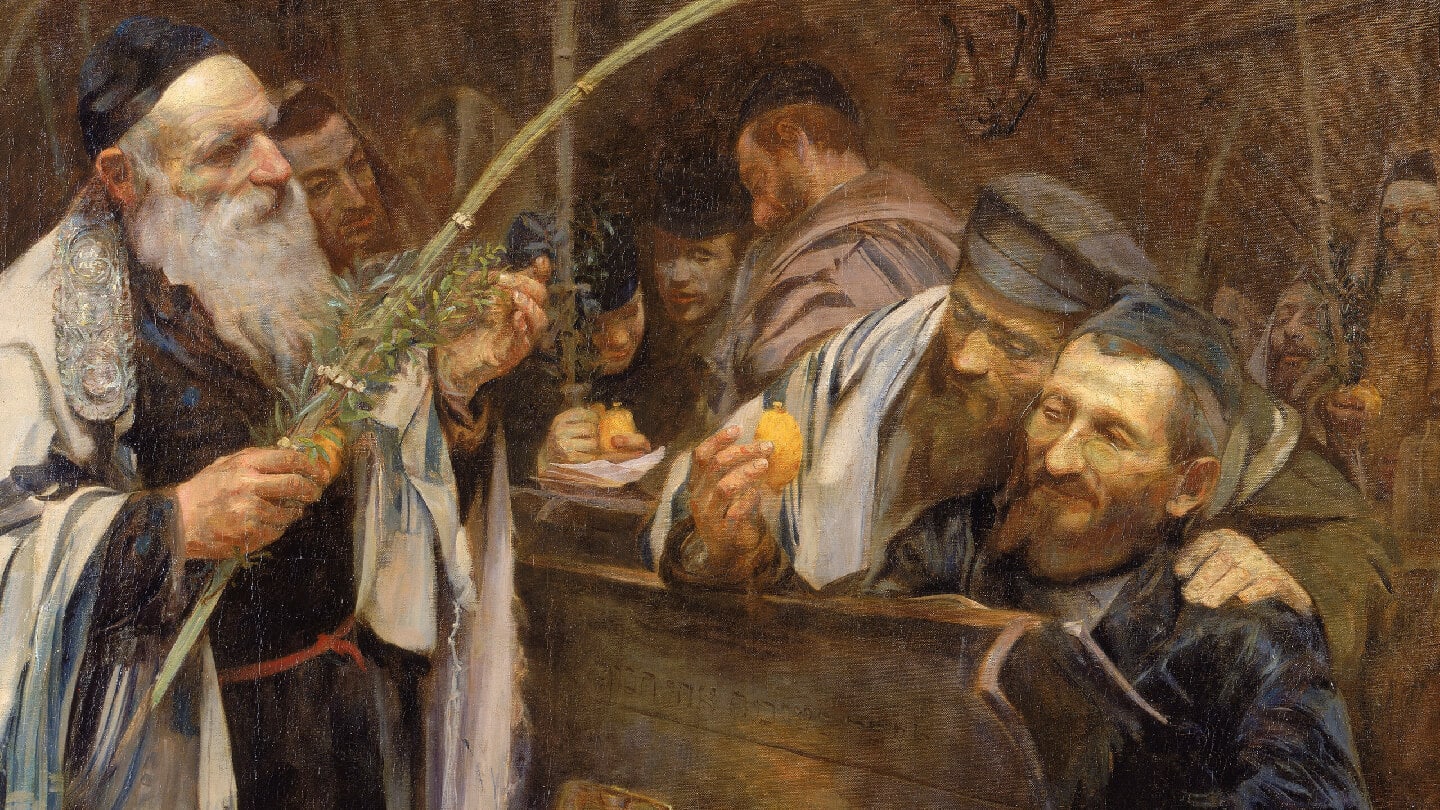 It is interesting that the Gospels mention the pilgrimages of Yeshua and his disciples to Jerusalem for several of the pilgrimage feasts of the Lord, Passover, Pentecost, and Sukkot. This makes Yeshua, and His disciples, people who are very observant and faithful to the Torah.

It was not so simple to walk or ride a donkey from the Galilee to Jerusalem three times per year. It was not simple to be in Jerusalem during these seasons.

This was a big city in the Eastern Mediterranean in the 1st Century C.E. Cities like Alexandria and Rome in those days were not much bigger than Jerusalem during the feasts the population of Jerusalem swelled with pilgrims coming from all around the Roman Empire.

We see this clearly in Acts chapter 2, Jews came to Jerusalem for the feast from many of the countries around the Mediterranean, and also from Mesopotamia and Cappadocia, Arabia, and we know also of Ethiopian Jews that came to celebrate the Feasts in Jerusalem:

“Then they were all amazed and marveled, saying to one another, ‘Look, are not all these who speak Galileans? And how is it that we hear, each in our own language in which we were born? Parthians and Medes and Elamites, those dwelling in Mesopotamia, Judea and Cappadocia, Pontus and Asia, Phrygia and Pamphylia, Egypt and the parts of Libya adjoining Cyrene, visitors from Rome, both Jews and proselytes, Cretans and Arabs—we hear them speaking in our own tongues the wonderful works of God.’” – Acts 2:7-11 [NKJV]

After a short argument between Yeshua, His brothers and His disciples, the disciples and the brothers of Yeshua go on to Jerusalem while He stayed behind. He soon after that changed His mind and went to Jerusalem quietly without much fanfare, and stayed out of sight for the first few days of the Feast of Sukkot.

In the middle of the feast, Yeshua decided to go up to the Temple Mount and started to teach at the crowded porticoes of the Temple. This is when the riots and objections and accusations started between Yeshua and the Temple guards, and the Pharisees and the Sadducees.

It seems like everybody who was anybody entered into this discussion, asking who this Yeshua from Galilee is and what He is! Some of Yeshua’s teaching recorded in John chapter 7 very much touches on the events and Jewish traditions of the period.

The question needs to be always asked why did Jewish tradition (rabbinical tradition) choose to read these particular passages? Let us look at the choice to read on the Shabbat of Sukkot every year from Ezekiel 38:18-39? So, what does the war of Gog and Magog have to do with Sukkot?

In order to understand this big question we have to look at the whole Bible. This end-time future war is a kind of eschatological war. It is described and mentioned in many of the prophets and possibly hinted at also in Deuteronomy 32.

In the days of Ezekiel a very large number of Jews were in the Babylonian and Persian exile, i.e. in the diaspora. They returned to Jerusalem and to the land of Israel after the edict of Cyrus, King of Persia. Cyrus was so appreciated that we read in Isaiah 45:1:

“Thus says the Lord to His anointed, To Cyrus, whose right hand I have held—To subdue nations before him and loose the armor of kings, to open before him the double doors, so that the gates will not be shut…” – Isaiah 45:1 [NKJV]

However, later, after the Jews settled in the land of Israel returning from the Exile, the political scene in the Middle East deteriorated. The prophets envisioned a major war lead by a coalition of nations led by Gog and Magog, that will attack Israel.

This coalition of nations that will come from the North and the end of this all-out war against Israel will involve a major natural disaster that is described as a war of the elements of the Earth itself, and even the stars and supernatural forces that will devastate the enemies that will come to destroy Israel.

In this war Gog will actually conquer Jerusalem, but not for long. Divine powers involved in this horrible war will destroy Gog and Magog and Jerusalem will be rebuilt, and as Zechariah the prophet puts it, from that time one the official representatives of the nations will have to come to Jerusalem every year and celebrate Sukkot in Jerusalem, giving honor and worship to the God of Israel.

Here are a few verses from Zechariah chapter 14 that describe the end result of this eschatological war of an international coalition all against Israel:

In rabbinical Judaism this war with Gog and Magog is understood as a spiritual war that will initiate the Messianic Era. Rabbi Yehudah Loewe (the Maharal) of Prague gives us a principle by we are to understand many of the texts that deal with this end time war described by the prophets of Israel; “Every new existence requires the destruction of the first existence.”

It is necessary, before the introduction of a new kind of reality, for the complete uprooting of the previous reality. Remember the teaching of Yeshua on this issue, “you can not put new wine in old wine skins. You can’t sew a new patch on an old cloth.”

This is the same principle that the Maharal of Prague is giving us. If the return of the Messiah were to be only an improvement upon the present days, it would possible for the messianic experience to be patched upon the reality of our own days.

How long do you thing that kind of a patchwork would last before our relationship with the nations would deteriorate and wars would start again over anything from water rights to territory?

Since, though, the era of Messiah will be totally different, and there will be war no more and no illness and no strife between the nations, and since such a period was never before experienced in the history of the world, there is a need for destruction of the old order and the introduction of the new reality that both Ezekiel and Zechariah and Isaiah, Amos, the other prophets bring into their vision of the future reality.

This all happens according to Zechariah chapter 14, and that is why the Haftarah (the portion from the prophets) is read on the Shabbat of Sukkot. Of course this is also the reason why we are reading from John chapter 7 and 8, because of the elements of water and of the spread of the Torah (the Word of God), and because from Jerusalem, living water will flow to all the nations…

I hope that you pray the same, and if you don’t, please join me and many others who believe every word from God’s Word, from Genesis to Revelation. It is all reality and it is all going to be substantiated, physically, and hopefully soon!

If I read the map of world politics correctly I expect these cataclysmic events involving God’s powers standing and fighting on behalf of the fulfillment of His promises to Israel and the world, to happen, and I pray, soon!