A Rare Snowstorm in Jerusalem

When people think of the weather in Israel, the picture that often comes to mind is of a hot, dry desert. While it is true that the climate is typically quite warm throughout most of the year, the temperature can drop drastically in certain regions during the winter season. As a matter of fact, it got so cold this last Wednesday evening, that we even experience a small snowstorm in Jerusalem.

The storm occurred on Wednesday afternoon when the clear sunny skies started turning an ominous, dark grey color. The wind started to howl, the rumbling of thunder could be heard, and a heavy rain later ensued. Once the evening struck and the temperatures dropped significantly enough, a light snowfall could be seen. Some places even got a fine dusting of snow that stuck to the ground, such as the Kotel in the Old City and some of the neighborhoods at higher elevations. Shortly after the snowfall, however, the lovely white dusting quickly melted into a watery mess as the temperature barely hung around freezing.

It is crazy to think how a typically warm country can change so immensely during its short winter months. Jerusalem in particular averages between 21 to 33 degrees Celsius (70 to 91 degrees Fahrenheit) throughout most of the year and can easily reach the upper 30s (upper 90s Fahrenheit) in the summer. Nonetheless, from December through February the average temperature fluctuates between 10-14 degrees Celsius (50-57 degrees Fahrenheit). As you can see, it is a rare occasion when the temperature manages to make it to the point of freezing and even more significant when there happens to be enough precipitation to induce snowfall.

Some of the Netivyah staff were fortunate enough to witness the short-lived but beautiful snowstorm. Below is a picture of some of the lightly accumulated snow in a Jerusalem neighborhood called Gilo. 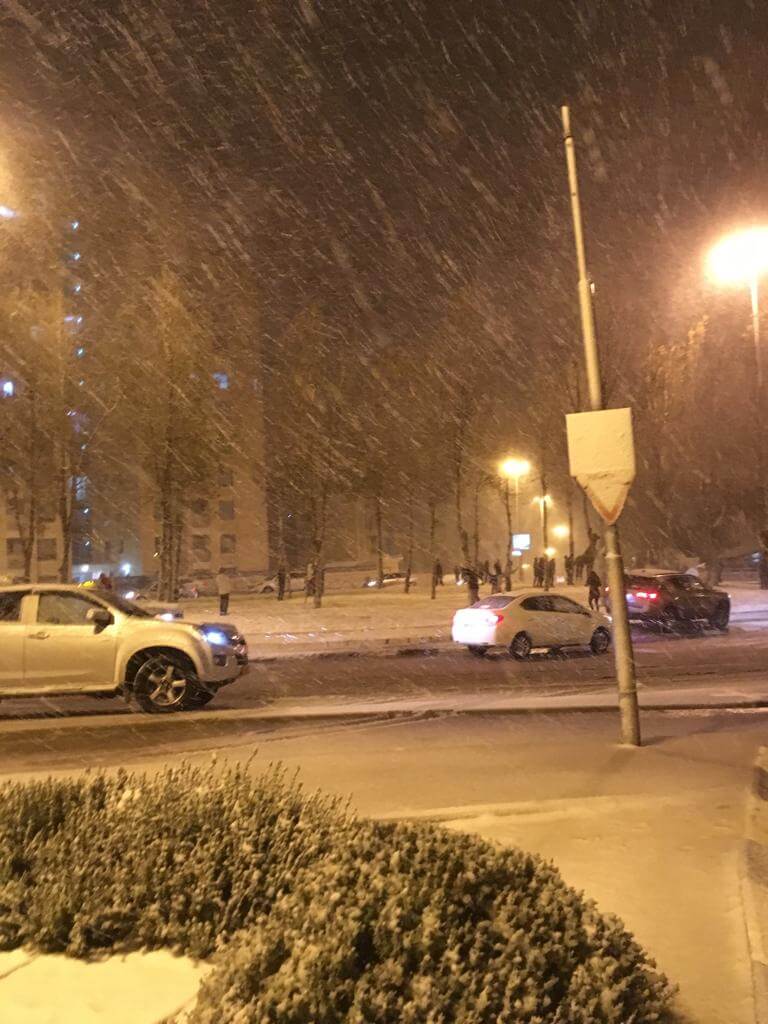