Much of the world has often viewed Judaism unfavorably for being a sectarian “national” religion, indifferent, if not hostile, to the rest of humanity. While it is a sad truth that the long and bitter years of exile have indeed raised some bad Jewish feelings towards the Gentiles, these are far from reflecting the inherent attitude of Judaism to the place that the Gentiles have in the Kingdom of God. The Jewish New Testament writers, being very concerned about the salvation of the Gentiles, express ideas that were well rooted in Jewish tradition, not only in thought, but also in practice. During the Second Temple period, seventy bulls were sacrificed daily in the Temple in Jerusalem for the forgiveness of the sins of seventy nations, a symbolic number representing the Gentile kingdoms of the earth.

This universality of redemption is visible in both the spring holidays of Passover and Pentecost, which are the central themes of this TFZ. It contains several articles on the universal lessons of Passover, with two articles focusing on particular portions from the Passover Haggadah, (the book that is read out loud at the Seder every year), one that delves into the spiritual applications of Passover cleaning, and a tasty recipe for Shavuot cheesecake that is even kosher for Passover, as well as an article on Pentecost in Acts 2. Both of these holidays have very important applications for Jews and Christians. The Exodus, the journey from bondage to liberty, has especially become a universal ethos that inspired billions of God-seeking souls and people who sought freedom and justice worldwide.

The coming feast of Shavuot (Pentecost) is linked in Jewish tradition with the giving of the Torah on Mount Sinai. The recipients were always deeply aware that this divine revelation was not meant to be a limited affair for the people of Israel alone, but that we have a great responsibility for making this revelation known to all mankind in order to bring all of God’s creation back to Him. The Pentecost drama described in Acts 2 clearly alludes to the Sinai revelation. It is like a new giving of the Torah, only this time meant for export, leading to the episode of “speaking in tongues,” that is the spreading of the word unto all nations.

We also include an article on the book of Ruth, since it is customary to read this book on Shavuot, as it strikes the same theme: the gathering of the Gentiles into God’s kingdom. It is not by coincidence that Ruth, the great grandmother of King David and a founder of the royal Davidic line, is counted among the four ladies that the Gospel of Matthew mentions in Yeshua’s family tree. The other three are Rahav, a Cananite prostitute, Tamar, who had to pretend to be a prostitute in order to get the seed of salvation going, and Bat-Sheva, the mother of King Solomon, who committed adultery with David. We may ask ourselves why the Gospel writer chose to emphasize the place of these problematic figures in the Messiah’s lineage rather than trying his best to conceal it. Simply put, these four Gentile women stand as a reflection of the four mothers of the Jewish nation, Sarah, Rivkah, Leah, and Rachel. The appearance of these four Gentile women in the Messiah’s family tree proves that the Gentiles have a part in the salvation of the world a-priori. The blood that runs through the body of the Messiah was not purely Jewish because it was meant to be shed for the salvation of all mankind. Salvation is not by race but by grace.

This issue of TFZ comes to you at this time between the two holidays celebrating those high moments of redemption and revelation, and it has a variety of fresh looks on some very significant truths that these holidays hold for both Jews and Christians. May this spring bring us all a harvest of great spiritual value, and may we serve the Lord with gladness for the many miracles He has wrought for us and our ancestors. 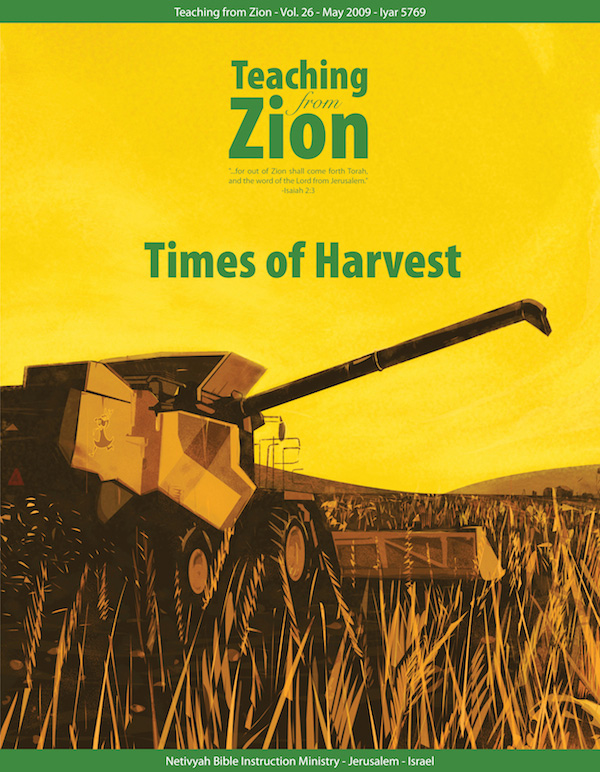