This Purim, Help a
Messianic Soldier
in the IDF

Over 16 years of serving Messianic soldiers in Israel. 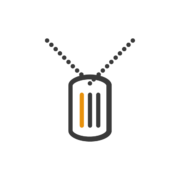 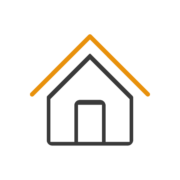 From congregations
all over Israel 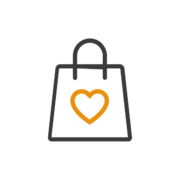 Today there are over 200 Messianic soldiers serving in the Israeli military.
The IDF Soldiers who believe in Yeshua the Messiah.

It’s not easy Being a soldier in Israel is hard, Physically, Mentally.

Right now, they’re training in the mud, the rain, and the cold. Standing guard at all hours of the night. They are far from home. And far from their supporting communities and congregations.

These Messianic soldiers stand out from the others. They give Yeshua a good name in the IDF.

We here at Netivyah love our soldiers. We constantly carry them in prayer before our Heavenly Father!

It's important for us to live out this love. And not just by prayer.

Purim is the holiday in which we bless all Messianic soldiers in Israel with a gift. We’ve been doing this every year for 15 years now. For soldiers from 30 congregations (all over Israel).

We’ve touched the lives of thousands of Messianic soldiers by now. Even years after the gifts were received, we still get many encouraging responses.

This year we will be giving a PAKAL KAFE (a coffee kit).

The word “pakal” is actually an acronym of the words “pkudat keva lechayal,” which means “a fixed command for soldiers,” that is – everything the soldier must have with him at all times.

But as in many other cases, army acronyms and army slang receive other meanings outside of military life and one such example is “pakal kafe” – everything you might need in order to make coffee (or tea) outside.

If you’ve ever hiked with Israelis, then you’ll definitely have seen this already. Once the summit has been reached, or some other beautiful spot.

Israelis will always pull out a cloth bag (or carton box if they’re with a car) containing a small portable burner, a little pot, a couple of glasses, sugar, tea, and coffee, and then proceed to make coffee, eat cookies and talk about life.

The same is true in the army, on a day in the field, the PAKAL will come out at
least 15 times for short breaks to talk about life (and Yeshua).

In Israel, the military service is mandatory, and the soldiers receive a small allowance, not a salary like is in the United States and other countries, during their service they continue to live with their parents.

Most soldiers can’t afford the luxury of the PAKAL KAFE that we will give them together with handwritten letters from the children of our congregation, to lift their spirits.

And it can be enjoyed for many years after their service. Including service in reserve duty.

Together with handwritten letters from the children of our congregations, to lift their spirits.

It is a Jewish custom to give gifts to the needy during the upcoming holiday of Purim. I invite you to adopt at least one Messianic soldier, and send him or her a package.

Let's open our hearts and show them some love and appreciation.